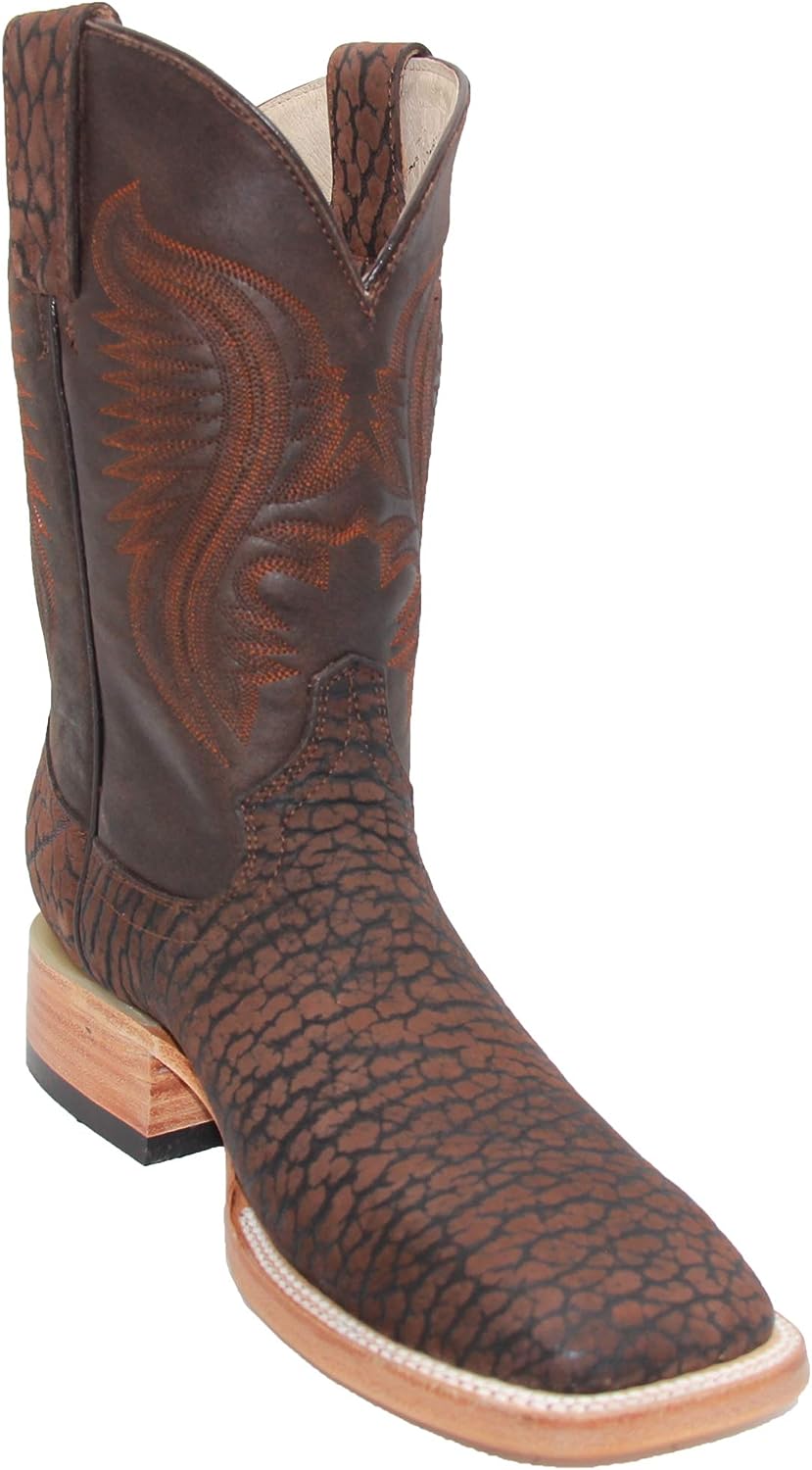 This mens western boot is made with the finest quality of genuine leather. The boot features a square toe profile all leather inner lining. Genuine cowhide leather with bull neck print design and leather sole with original good year welt. Shaft is approximately 10 inches with a 1 Â½ inch heel. The Shaft features detailed embroidered stitching with pull tabs for easy pull on. This boot is Hand Crafted and Made In Mexico.